From Being In Run With Naseeruddin Shah-Smita Patil To Her Chemistry With Ben Kingsley, Rohini Hattangadi Remembers Her Oscar-Winning ‘Gandhi’

Elli AvrRam Reveals She Was Born In A Jacuzzi, Read...

Elli AvrRam Reveals She Was Born In A Jacuzzi, Read On! (Photo Credit: Instagram/Elli AvrRam)Swedish-Greek actress Elli AvrRam claims she was born in a...
Read more
Bollywood Gossips

Prithviraj Actress Manushi Chhillar Wants To Take Her THIS Project...

The year was 1982, Ben Kingsley donned the character of Mohandas Karamchand Gandhi, while Rohini Hattangadi was his Kasturba. It’s been almost four decades to Richard Attenborough’s cult Oscar-winning Gandhi, and the film stands firm on its position to be the best interpretation of the story. Hattangadi, on the other hand, went on to be the game-changer for the Indian diaspora when social media wasn’t present to heap praises.

Today as we celebrate The Father Of The Nation, Gandhiji’s birth anniversary, veteran Indian actor Hattangadi joined Koimoi to talk about the film that made her the only Indian lady to have won a BAFTA. More than the award, she treasures the journey, the relevancy of the film and her chemistry with Ben Kingsley.

The 1982 film Gandhi that went on to be a success story is still relevant. As per Rohini Hattangadi it is the focal point that makes it so. She says, “Actually a lot of research has gone in. Like, in the beginning, Attenborough (director Richard Attenborough) says, ‘it is difficult to depict this life in just three hours’. So they had to condense incidences in one scene. That made the film crisp. Other than that what I feel is, a simple man who has learnt law, who is not so successful in India then, he goes to South Africa and finds himself. Not as a lawyer but human being. That was the storyline. They did not try to make it just about the freedom struggle. Of course, the struggle came by.”

Rohini Hattangadi explains how the film is not about the freedom struggle; many films are already made on that. It is about a man and his inner conflict. “So, they have made a film on a single track. If it was to just focus on freedom struggle and around it, the relevancy won’t have been this strong. Now due to a line of thought, there are many characters we don’t get to see. If it was made here (India), then people would have questioned why Subhash Chandra Bose isn’t present, why is there no Baba Saheb Ambedkar and so on. Of course, these people are related to Gandhiji in his journey, but they aren’t related to the person Gandhiji. So choosing what to tell, and making it about the iconic man’s inner conflict has done wonders for the film,” Rohini Hattangadi says. 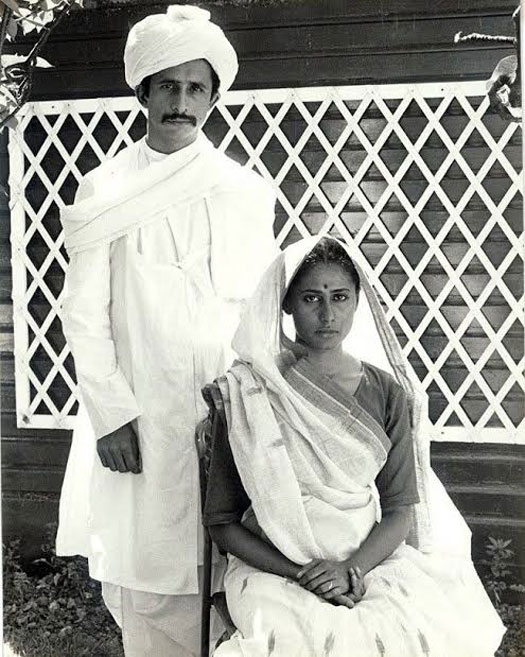 Further in our chat while talking about the victory of the film, including hers, she acknowledges the fact that it was huge. It is after this, Hattangadi spoke about her dear friend and co-star Ben Kingsley. She recalls how they were paired, and there were Naseeruddin Shah-Smita Patil and John Hurt- Bhakti Barve in the run too. Talking about their (Ben and her) first meeting, she remembers how she knew nothing about this man, but had a instant connection in the first meeting.

Rohini Hattangadi said, “What happened with Ben (Ben Kingsley) is that from the beginning, we did our screen test together. We were paired together; there were three pairs. Naseeruddin Shah-Smita Patil and John Hurt-Bhakti Barve. My wavelength with Ben matched at the same time, though I didn’t know about Ben at all. When I went to meet Sir Richard, he gave me two photographs of him, one normal and one profile with his details below. The only detail I knew about him after that is this man works in the Royal Shakespeare Company.” 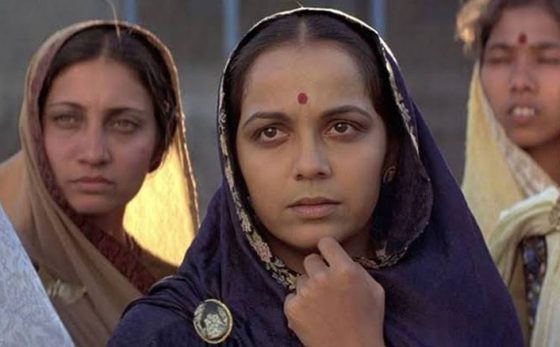 “So we (Hattangadi and Kingsley) met the next day. I was ready in the look; he was getting ready. Sir Richard took me to his room and said, ‘Ben, this is Rohini, Rohini This is Ben’. He left me there with Ben and went to the sets. I was left there alone, of course, Ben was on his make up chair, but that was the first meeting. There I was sitting and expecting to read the scene with him. I was like, ‘should I ask him? I don’t know their process’. So while I was about to ask him, he came ahead and asked me if we could do our lines first. And I was so relieved!” Rohini Hattangadi added. 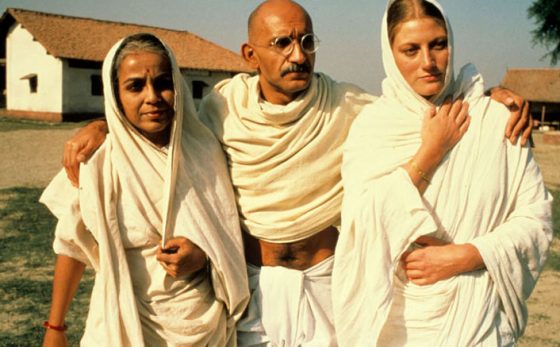 Talking about their chemistry, Hattangadi remembers how she would randomly start talking to Ben Kingsley in Hindi. She calls the journey, ‘witnessing it together’. “To tell you honestly, there were incidents on the sets where we were in the costumes; I used to forget that this man is English and start talking in Hindi. I had nice chemistry with him. So, there aren’t just moments I would cherish, rather the whole process. We were also sent to Ahmedabad for a day to research too. So it was like witnessing everything together. So the inhibitions were not there, at least for me,” Rohini Hattangadi said.

Gandhi went on to be the game-changer for many reasons. The film was an award season favourite and won 8 Oscars including the Best Actor, Best Picture and Best Director. The film garnered 6 BAFTA’S of which Rohini Hattangadi brought home the trophy for Best Supporting Role. A legendary film indeed, moreover legendary people coming together. Richard Attenborough’s Gandhi will always be a milestone in the history of world cinema.

Bigg Boss13 had gained immense popularity for various reasons. But one of the most talked-about things of the BB13 was Sidharth Shukla and Shehnaaz...
Read more

SHOCKING! Deepika Padukone’s Phone Was Used By Someone Else For Procuring Drugs?

SHOCKING! Deepika Padukone’s Phone Was Used By Someone Else For Procuring Drugs?Deepika Padukone sent shock waves across the nation when her name popped up...
Read more

My Darling, This Match is Not Made on Indian Television

Actress Tinaa Dattaa has denied being a part of Bigg Boss 14 as being reported by a section of media. Tinaa, who became a...
Read more

SHOCKING! Deepika Padukone’s Phone Was Used By Someone Else For Procuring Drugs?

SHOCKING! Deepika Padukone’s Phone Was Used By Someone Else For Procuring Drugs?Deepika Padukone sent shock waves across the nation when her name popped up...
Read more
Bollywood Gossips

Schitt’s Creek To The Good Place: Binge-Watch These 6 Sitcoms & Leave Your Stress Behind!

Schitt’s Creek To The Good Place: Binge-Watch These 6 Sitcoms & Leave Your Stress Behind!(Pic credit – Instagram )Life is stressful, and 2020 has...
Read more